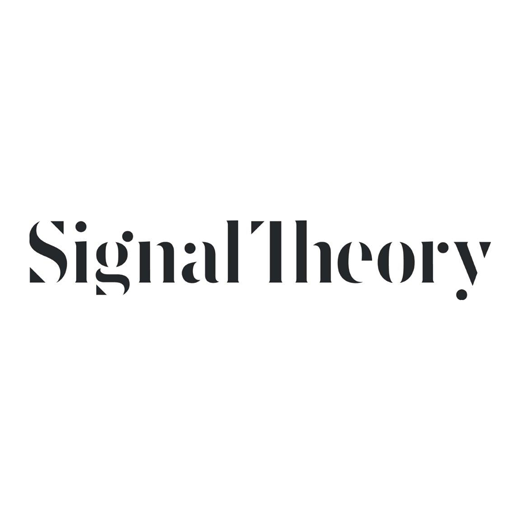 For advertising and marketing firm Signal Theory, the name isn’t just a name. It’s how this Top 10 Small Business approaches their work – through signals.

This brand development, marketing and design firm specializes in creating resonance in the signals between people and brands. As their website says “every living thing signals. Birds do it. Bees do it. Humans do it.” Signal Theory fuses social and behavioral science with data-driven insights and the intuitive creativity of human-centered design. “We believe a more systematic understanding of human behavior is the best way to drive marketing effectiveness for our clients,” said CEO Ali Mahaffy.

For a nearly 50-year-old firm, Signal Theory has always stood out because of their forward-thinking approach. The business began as Sullivan Higdon, a Wichita-based agency back in 1971.  Back then, Sullivan Higdon had a radical approach to the advertising industry: give advertising and public relations an equal emphasis. Through that new way of thinking, Sullivan Higdon became the largest agency in Kansas by the mid-eighties.

They set up set up shop in Kansas City in 1996, and officially became Signal Theory in 2019. Even with all the changes, Signal Theory still focused on thinking differently and using a different approach than their contemporaries. “We believe a more systematic understanding of human behavior is the best way to drive marketing effectiveness for our clients,” explained Mahaffy.

She also wants her team to be inspired and not overworked, so encourages them to hit the road and see the world though Signal Theory’s paid sabbatical program implemented in 2019. “We give everyone four weeks off to disconnect. With that we’re encouraging, and paying for, travel to get to other cultures. We’re in a creative industry and that’s really important – to get a different perspective and a different point of view.”

The sabbatical came about when Mahaffy and co-CEO John January became Signal Theory’s new leaders in 2015. They had employees take the Gallup employee happiness, satisfaction, and engagement survey – but the results left her in tears. “I cried because we were in the 35th percentile, in the nation, of companies from an employee engagement standpoint. Sixty-five percent of other businesses were doing better than us.”

That’s when Mahaffy and January say they got to work to listen to their employees and add a ton of perks. In addition to the sabbatical, they added a connected manager program to help managers learn how to be good managers. That survey and added investment in employees paid off. When they took the survey again in 2018, Signal Theory employees were in the 96th percentile.

Signal Theory and the other nine Top 10 Small Businesses will find out if they won the 2020 Mr. K Small Business of the Year at the Small Business Celebration Virtual Awards Event, Thursday October 15. Register here and come celebrate some of the best small businesses in Greater Kansas City. The Presenting Sponsor for the Awards is the Ewing Marion Kauffman Foundation.  Our 2020 Small Business Programming is presented by Blue Cross and Blue Shield of Kansas City and Evergy. The CEO Level Sponsor is Honeywell.